Ubuntu 22.04 was released on April 21, 2022. In this post we look at the new features and key changes the update offers.

As well as giving you a daily comprehensive rundown of what’s new and improved we also share a bit of info on the Ubuntu 22.04 release date, how to upgrade to it from an earlier version, and how long Ubuntu 22.04 LTS is due to be supported for.

Plus you’ll find a link to download the Ubuntu 22.04 (so you can try it out for yourself).

Ubuntu developers have dubbed Ubuntu 22.04 the “Jammy Jellyfish“. In the UK, where Canonical is based, ‘jammy’ is an adjective used to describe someone or something lucky or fortunate. As for what a ‘jellyfish’ is? That shouldn’t require an explanation!

Fans of largely useless trivia may be interested to know that 22.04 is the 36th Ubuntu release since 2004, but only the second one to use a codename beginning with the letter ‘J’. The other was Ubuntu 9.04 “Jaunty Jackalope” which — more useless trivia — was the first release this blog covered in full.

Ubuntu releases are usually only referred to using their codename before release. After this they’re referred to. by their version number. This makes sense; until it’s actually released the version number is subject change (being based on the year and month). Delays are rare but it can happen: Ubuntu 6.06 LTS was released two months later than intended.

Ubuntu 22.04 is a Long-Term Support (LTS) release and will receive ongoing app updates and critical security fixes for five years from release. New Linux kernel releases and graphics driver updates are also rolled out as software updates every six months or so.

While overall support for Ubuntu 22.04 ends in 2027 it is likely that Extended Support Maintenance (ESM) will offer updates for a further three to five years. ESM updates aren’t automatic and do require you to enrol your computer in for Ubuntu Advantage/Ubuntu Pro (which is free for home users).

With the final stable release released on April 21, 2022. 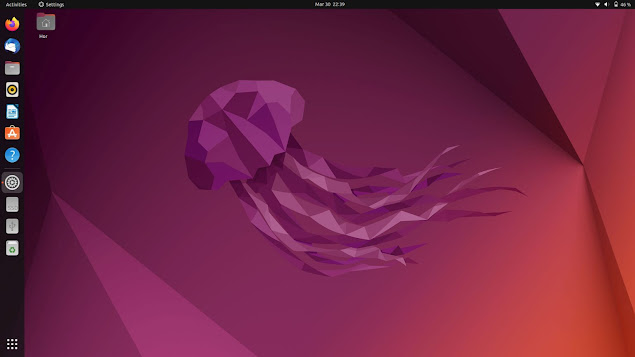 A quick overview for LTS upgraders: Ubuntu now uses Wayland as default display server (yes, even for NVIDIA users); and ships with GNOME 42.

This introduces a new horizontal workspace switcher and a horizontal app launcher that lets you rearrange apps. You also get new touchpad gestures for entering and existing the switcher and launcher under Wayland.

Check our release recaps for Ubuntu 20.10, 21.04 and 21.10 for details on other changes added since the last LTS release, or read our upgraders guide for further information.

While Ubuntu 22.04 includes the bulk of the recent GNOME 42 it doesn’t ship with apps that have been ported to GTK4/libadwaita. Ubuntu felt the ports would not get enough testing before the April deadline so held back on most.

Ubuntu 22.04 does include the latest GNOME Shell desktop, its (awesome) new screenshot tool, and the latest version of the Nautilus file manager, which gains a scrollable path bar, and the ability to create and extract password protected .zip files.

Plenty of visual changes are also on offer as Ubuntu switches to a lighter version of its Yaru GTK and icon set by default. The Yaru GTK theme, icon set, and GNOME Shell themes all adapt to changes in GNOME 42. For example, the Shell theme no longer uses “call outs” in applet pop ups; applets are more compact; and the ‘accent’ colour Ubuntu uses is reduced to a single colour — which you can change, though more on that in a moment.

You get to choose an accent colour in Ubuntu 22.04 LTS (Ubuntu’s iconic orange is the accent by default). The “light” and “dark” settings are also more logical: light modes makes (almost) all parts of the UI light, while dark finally makes everything dark, including the Shell theme. 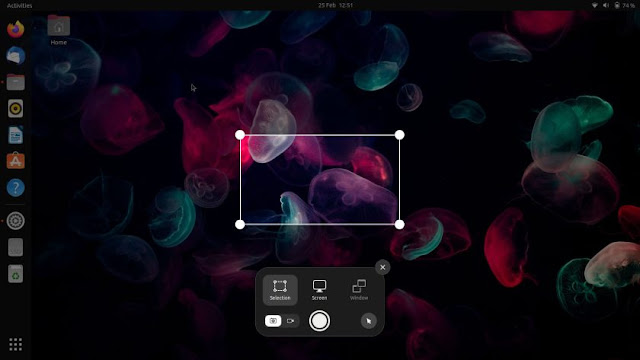 A brand new screenshot UI is included, which can be accessed at any time by pressing the prnt scrn button (or launching the screenshot action from the app launcher). Rather usefully, the tool can now take screen recordings as well as screen captures.

Updated versions of many apps core apps are present, including new versions of Mozilla Thunderbird, LibreOffice, and Mozilla Firefox (which is now a Snap, whether you want it or not).

A few things you won’t find included (which were tentatively planned for) including the new Flutter-based installer, Flutter-base Firmware update tool, and Ubuntu Pro integration in the Software & Updates app.

You can download Ubuntu 22.04 LTS from the official Ubuntu website, or by clicking the link below (keep in mind it’s a 3GB .iso image, so don’t boop the button on a mobile connection).

If you currently use an older version of Ubuntu, such as Ubuntu 20.04 LTS or 21.10, you can upgrade to the new release directly. Exactly