Bottles is a free and open-source application that simplifies creating “prefixes” of wine similar to those on Windows operating systems. The tagline for the software is “Run Windows in a Bottle.” Bottles work with “prefixes” of wine that imitate the file system hierarchy of the Windows operating system and can be used for storing software meant only compatible with this platform.

In the following tutorial, you will learn how to install Bottles on Ubuntu 22.04 LTS Jammy Jellyfish. The tutorial will use the command line terminal and the third-party repository manager Flatpak to install the latest version of Bottles. Currently, this is the best way to install Bottles for Ubuntu users by the Bottles development recommended team.

Before proceeding with the tutorial, it is good to ensure your system is up-to-date with all existing packages.

As explained in the tutorial, the best way to install Bottles is to use the Flatpak package manager, which is not installed on Ubuntu distributions. Snapcraft is Flatpak’s rival and is owned by Canonical and Ubuntu. However, Flatpak is still available to install from Ubuntu’s default repository.

First, install the Flatpak manager; this can be skipped if you already have it installed.

For users installing Flatpak for the first time, it is often recommended to reboot your system. Failure to do this can occur with odd issues arising, such as paths not being generated for icons.

SKIP THE REBOOT IF FLATPAK IS INSTALLED.

Next, you need to enable Flatpack using the following command in your terminal:

How to Launch Bottles

The bottles application can be launched immediately from your terminal using the following command.

The best way to use Bottles for desktop users that prefer not to use the command line terminal is to open the GUI of the application by following the path: 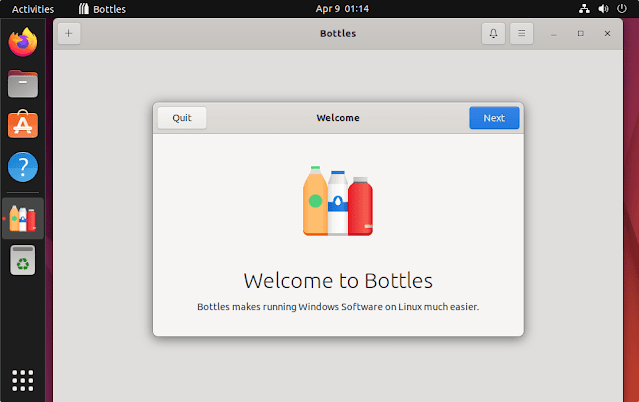 The first time you launch Bottles, you will go through a quick pre-installation wizard to complete the GUI installation. Overall this should take a few minutes at most. How to Use Bottles

Next, the tutorial will create a quick gaming environment using the pre-built profiles and available gaming installers.

First, create and name an environment. 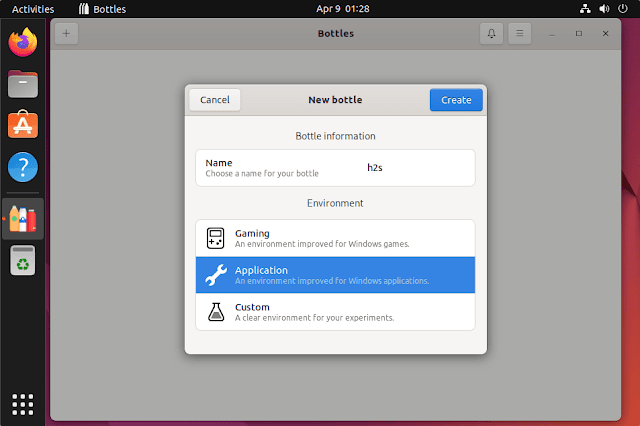 Next, depending on your system strength, you need to wait while the bottle is created; this installs all the Window dependencies.

Once complete, you will arrive at the Bottles details. You can configure preferences, dependencies, programs, installers, and much more. Remember, Bottles has plenty of desktop applications that can be installed, and it is not just all about gaming.

How to Update/Upgrade Bottles

The best way to upgrade the software, depending on what versions you have installed, is to use the following terminal command.

By default, Flatpak should automatically check for updates.

How to Remove (Uninstall) Bottles

When you no longer want the Bottles installed on your system, use the following command to remove the software.

Next, run the following command for any leftover clean-up.

In the tutorial, you have learned how to install Flatpak package manager and enable the Flathub quickly and install, maintain, and, if so, remove Bottles on Ubuntu 22.04 LTS Jammy Jellyfish.

Bottles is an interesting new project that could make working with Windows prefixes much easier. The software has come a long way, but there may be some bumps as it progresses, but it looks like a promising solution for streamlining development on Windows instead of just installing Wine.

If you’re interested in trying out Bottles, head to the project page and check it out!ties > Show Applications > Bottles