Start a web browser from my code in c Linux

There was a time when trying to learn to write low-level driver or kernel code was hard. You really needed two machines: one to work with, and one to screw up over and over again until you got it right. These days you can just spin up a virtual machine and roll it back every time you totally screw up. Much easier! We don’t think it is all that practical, but [summer] has an interesting post about loading up a C compiler and compiling Linux for a virtual machine. What’s different? Oh, the virtual machine is in your browser.

The v86 CPU emulator runs in the browser and looks like a Pentium III computer with the usual hardware. You might think it is slow and it certainly isn’t going to be fast as a rocket, but it does translate machine code into Web Assembly, so performance isn’t as bad as you might think.

The post goes into detail about how to build and create a simple machine web page that hosts v86. Once you cross-compile the kernel you can boot the machine up virtually. The other interesting part is the addition of tcc which is a pretty capable C compiler and much smaller and faster than the very traditional gcc.

The tcc build is tricky because the normal build process compiles the compiler and then uses the same compiler to build the default libraries. When cross-compiling, this doesn’t work well because the library you want for the host compile is different from the library you want to target for the second pass. You’ll see how to work around that in the post. The post continues to show how to do remote debugging and even gets QEMU into the mix. Debugging inside v86 doesn’t seem to work so far. There are more posts on this topic promised.

Honestly, this is one of those things like teaching a chicken to play checkers. It can be done, there’s little practical value, but it is still something to see. On the other hand, if you spend the weekend working through this, your next Linux porting project ought to seem easy by comparison.

Amazing what you can pull off with Web Assembly. If you need a quick introduction, check this one out from [Ben James]. 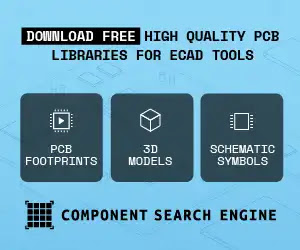