Plex fans may be interested to hear that an official Plex Desktop app for Linux is now available to install from the Snap Store.

Alongside the debut of its Linux desktop app (more on that in a second) is a ‘buttery smooth’ TV mode in Plex HTPC (pictured above) with a powerful playback engine and a UI that scales up to 10 feet.

In a blog post the company describes this addition to Plex HTPC as “…the true spiritual successor to [Plex Media Player] TV mode,” referencing its much-loved (but old) ‘Plex Meda Player’ tool some users weren’t keen to move on from.

It’s easy to forget how ubiquitous “local” home theatre set-ups were prior to the ‘on demand streaming’ era. In a world where most of what we watch or listen to is hosted on “cloud” servers (and thus readily available across devices) the need for dedicated PC-based setups like Plex feels narrower — but it’s clearly not non-existent. 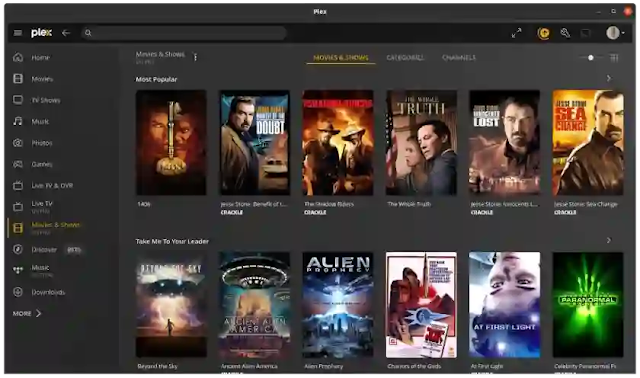 Arriving alongside the Plex HTPC app is an official Plex Desktop app for Linux, having only been available to macOS and Windows users previously. This is designed to be used to connect to a Plex server so you can browse, access, and stream on other devices.

The downside? The Plex Desktop Linux app is only available on the Snap Store — for now.

Lest anyone get irate Plex says its “actively working on Flatpak builds that will be released on Flathub” in the near future. Though it has also said there are no plans to release either Plex HTPC or Plex Desktop in an agnostic packaging format, such as an .appimage.

As I don’t have a Plex server (or much content to put up on one) I can’t try this app out firsthand. So if you zip on over to the Snap store to grab the Plex HTPC or Plex Desktop apps be sure to pop back here (once you’re all set up to let me, of course) to let me know how things work!