Why is this news?

Well, this was the last ‘missing’ piece of the GNOME 42 puzzle where Ubuntu was concerned. Devs took the decision to release Ubuntu 22.04 LTS with an older version of GNOME Control Center by default. There were plenty of (good) reasons for this, not least of which was the Settings v42 app being a GTK4/libadwaita port.

Fast forward to today, and the latest daily builds of Ubuntu 22.10 now sport the full, libadwaita-toting Settings app out of the box.

Ubuntu developers have ported over the Ubuntu-specific settings to the new app. Ubuntu’s configurable accent colours remain in the ‘Appearance‘ section, alongside light/dark mode and wallpaper options. 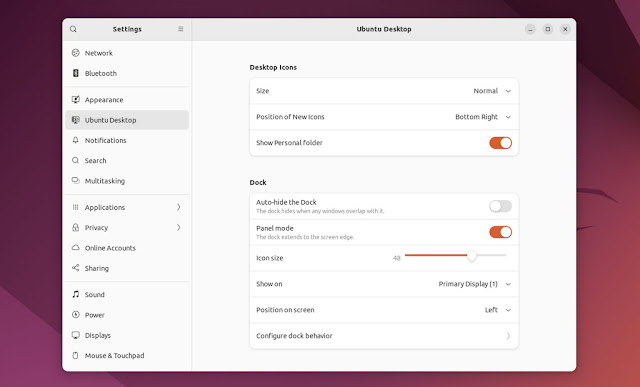 Settings for the Ubuntu Dock and the desktop icons extension have been split out into a new, dedicated ‘Ubuntu Desktop’ panel that, going forward, will be easier to maintain.

As well as a general visual revamp of the whole app, this version of GNOME Control Center is responsive (you can resize the window and it adapts), and has a more engaging ‘Applications‘ panel: 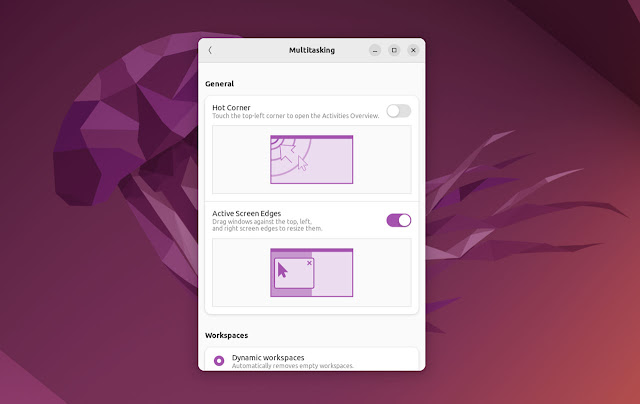 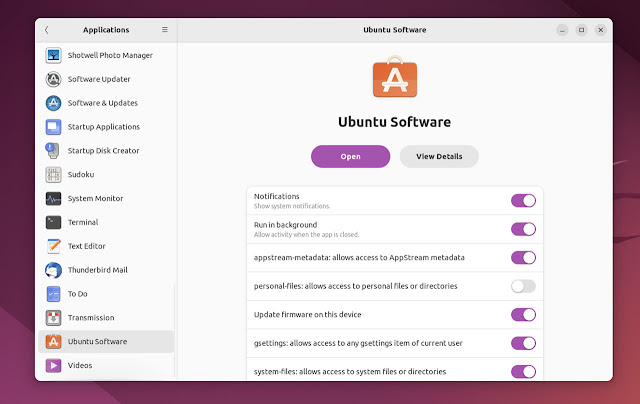 As development of Ubuntu 22.10 continues it’s likely that the Settings app will be updated to the v43 iteration as/when/if that becomes available (assuming Ubuntu 22.10 adopts GNOME 43, which is likely).