Dream of using GNOME Shell on your smartphone? Well, the reality is much closer than you think!

Of course, if you’re familiar with Linux phone development you will should of heard of (and maybe even tried) Phosh by now. This is a mobile UI associated with the GNOME project but initially spearheaded by Purism (with design by Tobias Bernard) that uses core GTK technologies and comes with a UI inspired by GNOME Shell.

Now work on making the “real deal” (GNOME Shell and Mutter) work on mobile is picking up pace. 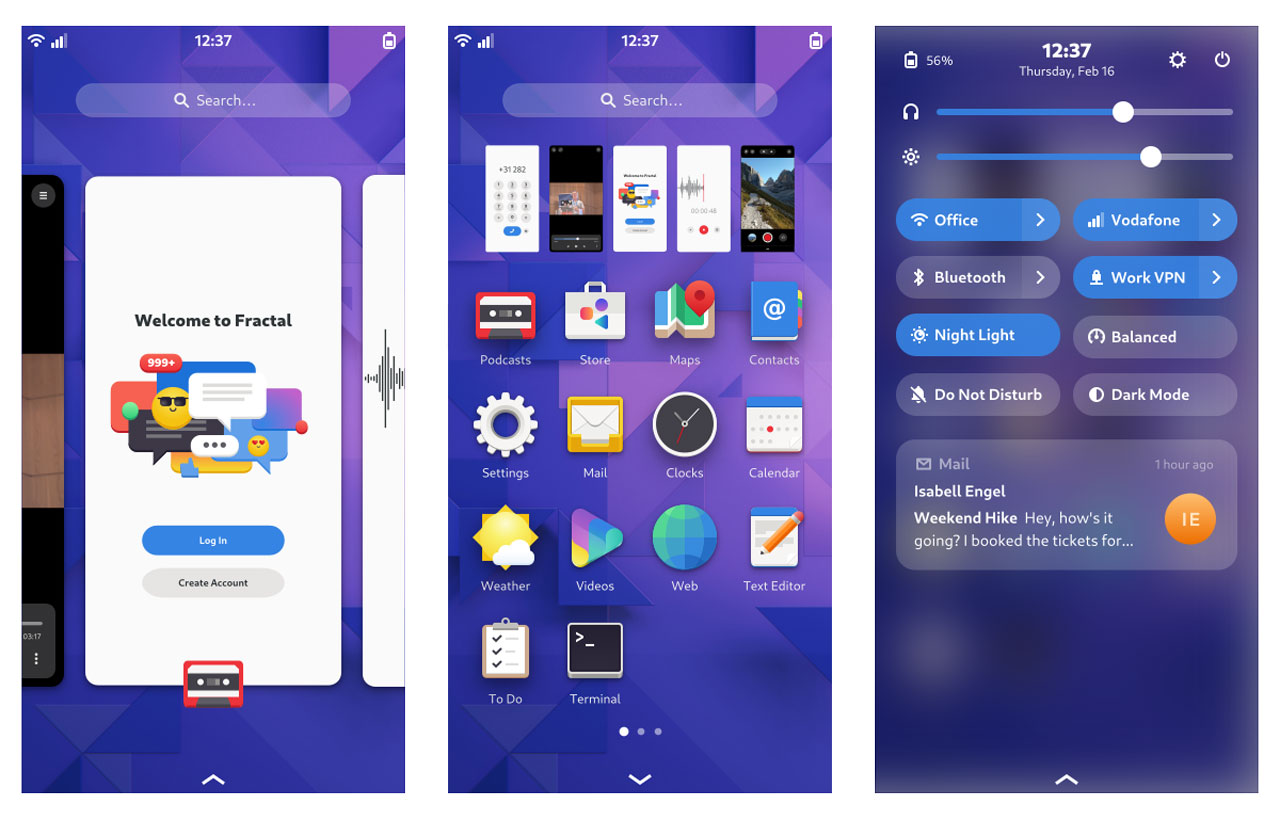 A new grant from the German Ministry of Education is, GNOME developer Jonas Dressler details in a new blog post, allowing GNOME developers to manifest their mobile ambitions a touch faster.

In his overview of work to date, Dressler shares a couple of (rather impressive) real-world demos, plus concept art I hadn’t seen before (above). He also gives us a brief glimpse at this newer, mobile-friendly GNOME Shell running on an actual Linux smartphone, namely the Pine Phone Pro:

With funding secured to further iterate on and expand mobile support in GNOME Shell many of these concepts are leaping from pixels to production code.

Still, it’s a journey as Dressler explains: “We’re not expecting to complete every aspect of making GNOME Shell a daily driveable phone shell as part of this grant project. That would be a much larger effort because it would mean tackling things like calls on the lock screen, PIN code unlock, emergency calls, a flashlight quick toggle, and other small quality-of-life features.”

But he adds that “the basics of navigating the shell, launching apps, searching, using the on-screen keyboard, etc are doable in the context of this project, at least at a prototype stage”.

With a lot of foundational (but invisible) work done, including a new gesture APIs to anchor the user experience, and (rather important) screen size detection, things are moving on UI changes.

Dressler says the next is to start testing and developing on actual phone hardware. This will be vital when code implementing the new touch-friendly quick settings design, and tweaks to GNOME Shell’s on-screen keyboard to better suit “portrait” viewports, land.

Exactly where and when can we all try it? Unknown for now, but with merge requests for core work already pending in both GNOME Shell and Mutter, the answer is likely to be sooner rather than later! Ever wondered how long your favourite apps take to open on Ubuntu?

Maybe you’re keen to see if Snap app startup times are as notoriously un-nimble as claimed. And maybe you want to see if any of the ‘speed improvements’ Canonical often hypes up have a tangible effect on your system versus whatever their chosen benchmark is.