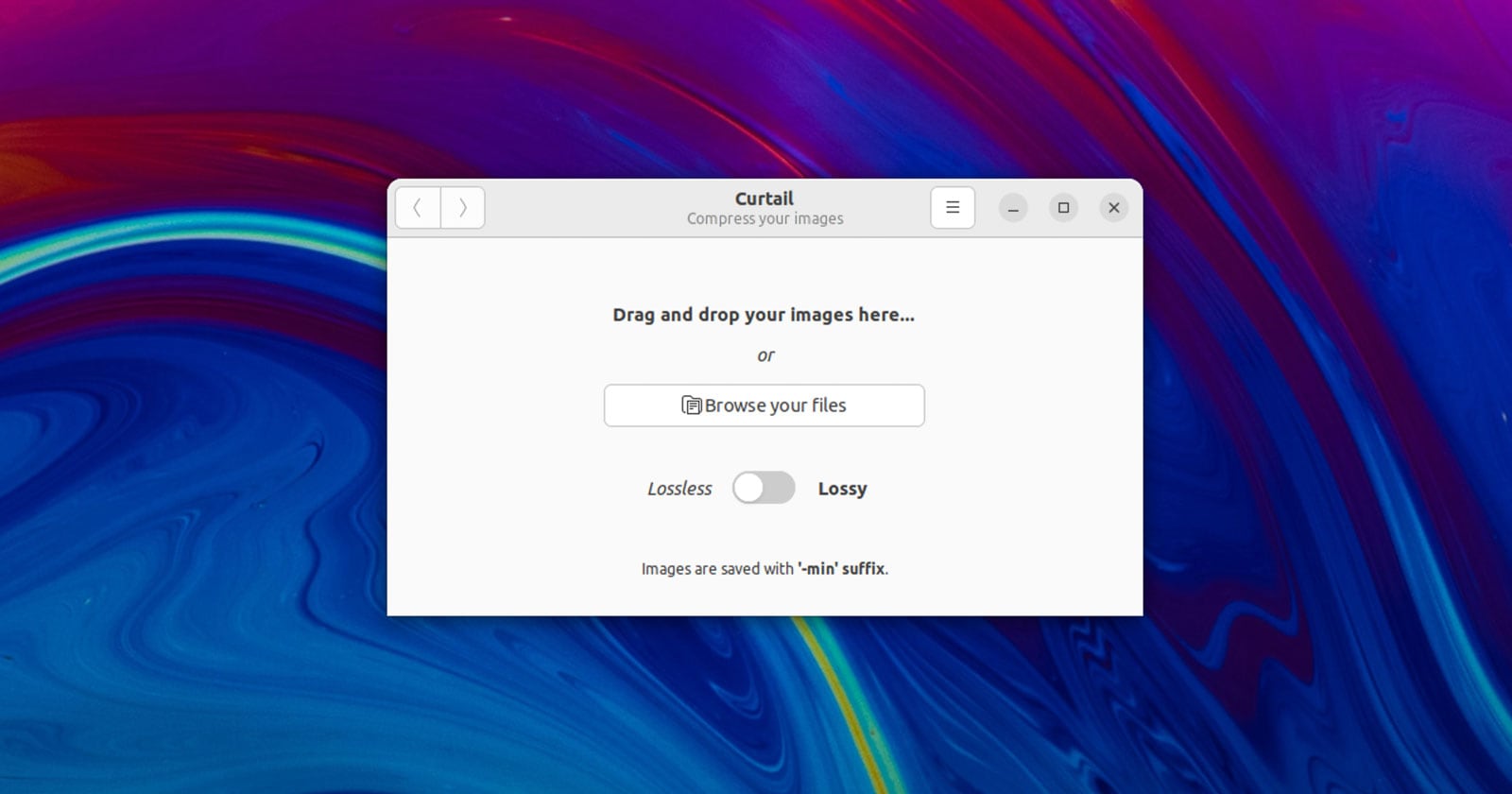 Running a blog like this means I need to keep one eye on the size of screenshots I use in posts — the smaller the images I upload the faster the page loads for you.

Thus having access to a good image compressor tool is a must.

Thankfully for those of us being mindful of bandwidth we are spoilt for choice. Not only is there a broad range of image compression apps for Linux, from powerful CLI type through to noob-proof GUI ones, there’s also a veritable surfeit of online compressors (including superbly useful Squoosh, which can work offline).

Thing is, I prefer desktop apps where possible.

Curtail is a Capable Image Compressor

Curtail is an open source image compression tool for Linux desktops, written in Python. It makes use of the open source OptiPNG, pngquant, and Jpegoptim libraries to “do” the compression, and a GTK GUI providing an attractive, easy-to-use frontend.

When I need to compress PNG, JPG, and WEBP images quickly and in bulk on Ubuntu (or Fedora, which I do use regularly) I use Curtail. I love that that it’s super easy to use: open the app, drag and drop a bunch of PNGs and JPGs on its window, and poof: smaller images instantly pop out the other end.

I also like the fact that Curtail does NOT overwrite the original image file by default. Some other apps do this. Now, if you want it do that you can enable it from the preferences, but it’s not default. It also lets the user specify a suffix to apply to the filenames of converted images (this defaults to -min).

This app can also remove image metadata attached to an image. This invisible cruft can includes location information in EXIF data from cameras. Want to keep image metadata? You can do that too – just open Curtails preferences and slide the toggle to keep metadata to the on position.

Naturally the app offers controls to adjust the amount of compression applied to each image file type. If you find lossy compression is a bit too harsh (i.e. reducing image quality to something you don’t think looks good) dive in and play around with the settings. You’ll quickly find your ideal balance between file size and quality.

In summary, Curtail is a capable image compressor for Linux. It lets you reduce the size of image files without making them look awful (though you can do that if you want). I think it’s an essential addition to anyone’s photo toolbox.

Want to install Curtail on Ubuntu?

You can find the latest version of Curtail on Flathub, making it easy to install on all major Linux distributions. You do need to install Flatpak and set-up Flathub first, but we have a guide to walk you through that.

Don’t want a Flatpak? You can use the the dedicated Curtail PPA to install the app on Ubuntu 18.04 LTS or above.