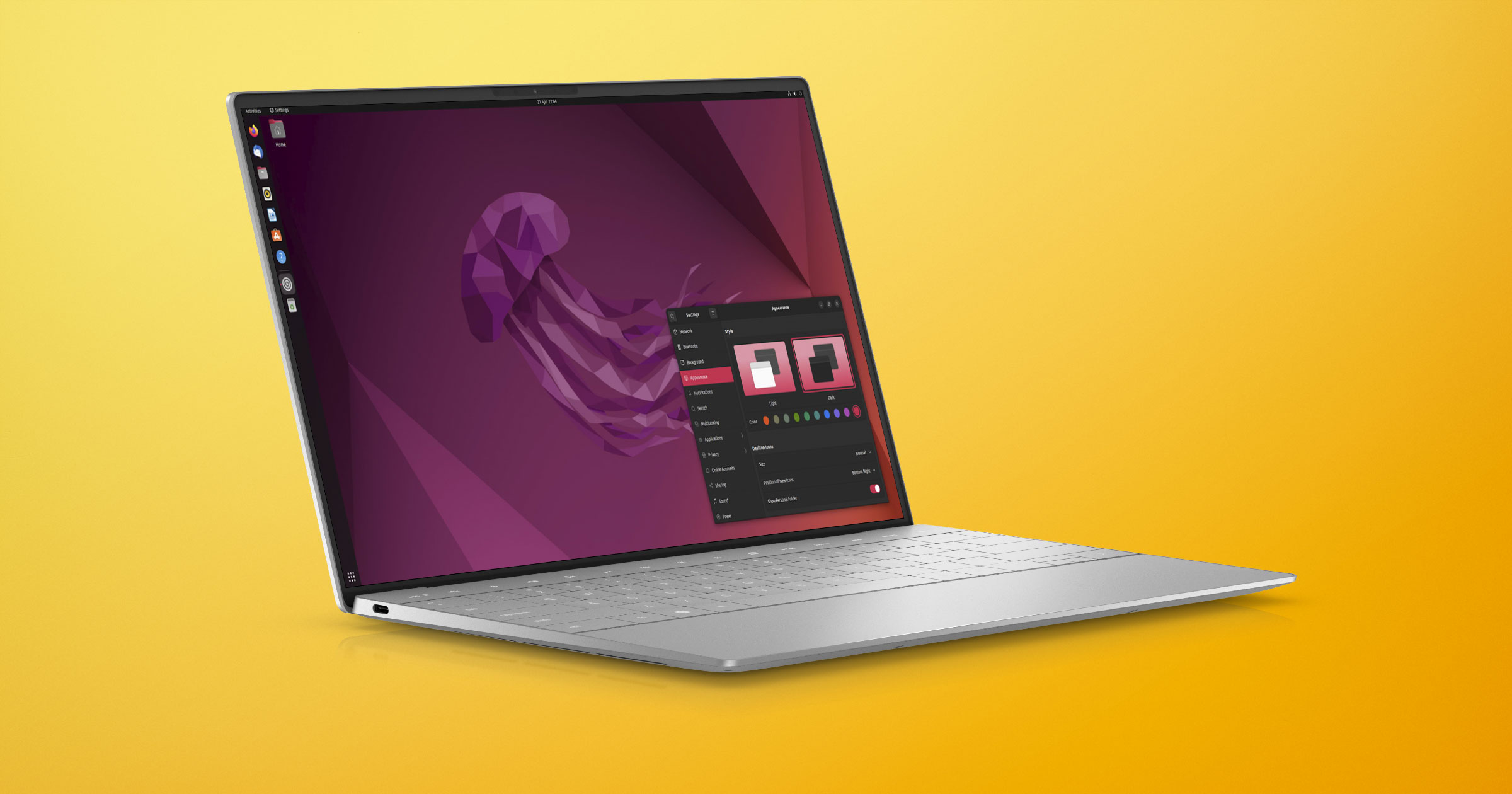 You’ll be able to buy the Dell XPS 13 Plus Developer Edition pre-loaded with Ubuntu from August, Dell has announced.

What you need to know

The company’s boldly redesigned XPS 13 Plus is also now certified for Ubuntu 22.04 LTS. This means anyone who purchased the laptop with Windows 11 can install Ubuntu 22.04 LTS on it themselves and still benefit from the same hardware-optimizations' that the pre-installed version offers.

What is Ubuntu certification?

Dell describes the Dell XPS 13 Plus as its “most powerful 13-inch XPS laptop”, touting up to 2x the performance thanks to its 12th generation Intel core processors.

But it’s the striking design choices that set the Plus well apart from its non-plus predecessors.

The Dell XPS 13 Plus uses a zero-lattice keyboard that spans edge-to-edge. It is topped by a row of capacitive function keys. A ‘seamless glass touch pad’ with no visible borders, buttons, or palm rests is stripped across the bottom.

Complimenting the modern looks are Intel’s latest chips. These are supported by bigger fans that Dell say provide 55% better airflow without increasing noise or temperature.

The Plus features a flush 13.4-inch “Infinity Edge” display with options ranging from a modest FHD display through to an OLED 4K Ultra HD (3840×2400).

Focus on the Dell XPS 13 Plus Developer Edition

Other noteworthy features of the Dell XPS 13 Plus Developer Edition:

The Dell XPS Plus 13 Developer Edition will be available to buy with Ubuntu 22.04 LTS pre-installed from August 2022 in the United States, Canada and select European countries.

Keep your eye on Dell’s website for more details, and full pricing.