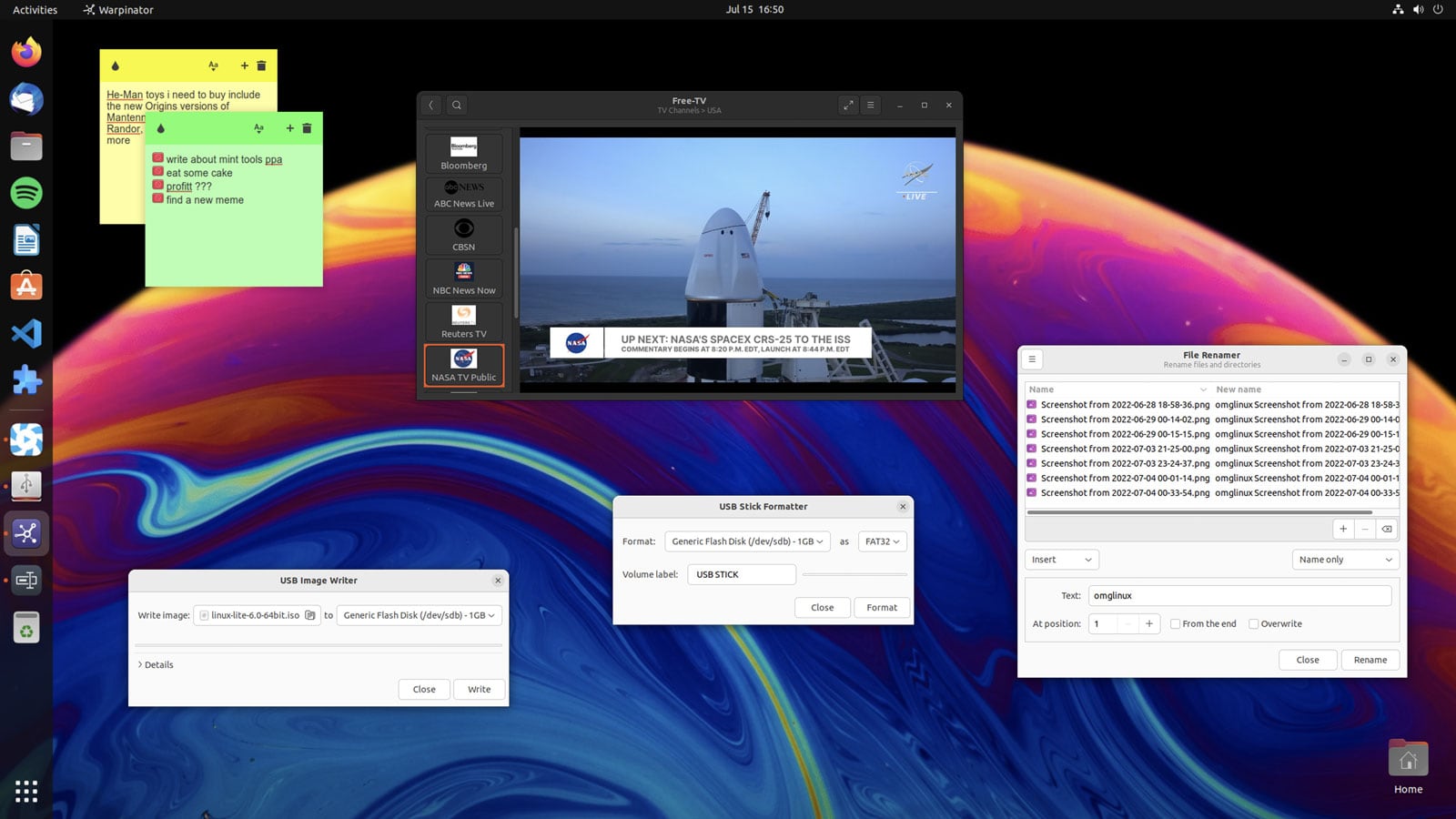 Linux Mint is far more than just the Cinnamon desktop with a bit of green sprinkled on top. It also includes a number of homegrown apps crafted by Mint developers to enhance the overall experience.

Nemo file manager is probably the best known tool in Mint’s software stable (as it’s available to install from the Ubuntu archives). But other useful tools include Bulky, Warpinator, and Hypnotix. These are well-designed, user-friendly apps ably tailored to their respective tasks but are not available in the regular Ubuntu repos.

The good news is that you don’t have to switch to Linux Mint to use some or even all of these apps. The beauty of open-source software (especially Mint’s, which is engineered to be distro-agnostic) is that you can install (almost) anything wherever you like.

So if you want to install Linux Mint’s apps on Ubuntu, you can!

I showed you how to install Linux Mint’s sticky notes app in Ubuntu a few months back. In that post I use the Mint Tools PPA — which is unofficial, third-party, not maintained by Linux Mint devs, etc — but I skipped over the fact that the maintainer of the PPA builds a lot than just Mint’s colourful post-it notes client.

Some other packages are also present, including slick-greeter (Mint’s LightDM fork) but as these are not “apps” I’m glossing over using those.

This PPA provides packages for Ubuntu 18.04 LTS and above (yes, 18.04) but to get the very latest versions of Mint tools you need to be on Ubuntu 20.04 LTS or Ubuntu 22.04 LTS. The PPA is likely be updated with Linux Mint 21 versions of these apps once Linux Mint 21 is released in a few weeks time.

How to Add the Mint Tools PPA

To add the Mint Tools PPA open a terminal (shift + t) and run:

Enter your password to add the PPA to your list of software sources. Once done you can install Mint tools, e.g., sudo apt install warpinator and away you go.

Now, there are caveats to using these apps on Ubuntu, though your own milage may, as they say, vary.

On my system Warpinator ate up CPU cycles and wouldn’t respond, ever; Hypnotix was only able to stream videos in a Xorg session; and all apps I ran under an Ubuntu Wayland session had no app icons in the Ubuntu Dock.

Thingy wasn’t able to install on Ubuntu 22.04 LTS as it has a hard dependencies on Mint’s Xreader app but it’s not available in the PPA.

Finally, the Webapp Manager tool (which is very handy if you want to run single-site browsers using Firefox, a feature it doesn’t natively expose) did NOT work with the Firefox Snap on my system. I would imagine if you use the .deb version (which is what Linux Mint uses) you should be a-ok. It can also work with Epiphany.

But Sticky Notes, Bulky, Mint Stick, Mint Install, and Hypnotix (under Xorg) all worked just as well on Ubuntu as they do on Linux Mint.