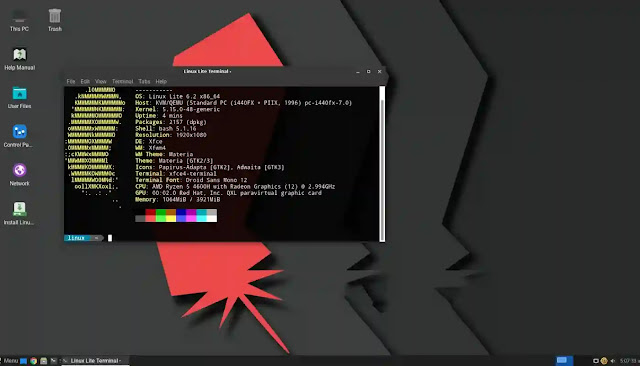 Based on the latest Ubuntu 22.04 LTS (Jammy Jellyfish) operating system series and powered by its long-term supported Linux 5.15 LTS kernel, the upcoming Linux Lite 6.2 release promises a revamped Lite Upgrade utility with a new end-user dialog and integration of the latest LibreOffice release.

Linux Lite 6.2 will also feature an updated Papirus icon set, the Shotcut video editor as a replacement for Openshot in Lite Software, a fix for a hostname bug and kernel removal in Lite Tweaks, a fix for a codename bug in Lite Sources, an improved Hardware Database to support more devices, and new wallpapers.

On top of that, the Task Manager (System Monitoring Center) received an updated icon and right-click now works everywhere, the apt-key deprecation warning on Ubuntu was fixed, Lite Patch was updated to handle potential update errors, and Microsoft Teams has been removed from Lite Software.

Of course, Linux Lite 6.2 will also feature the latest stable versions of various pre-installed software like Google Chrome, LibreOffice, and most of the in-house built Lite applications, along with better handling of directories as Catfish will now open instead of Thunar in some instances.

Linux Lite 6.2 is slated for release on November 1st, 2022. Until then, you can download the Release Candidate development version right now from the forum announcement page, where you can also read all about the new changes, known issues, and upgrade instructions from previous releases.

Please keep in mind that this is a pre-release version, so don’t install/use it on a production machine! Also, keep in mind that you won’t be able to upgrade from this Release Candidate to the final version in November.